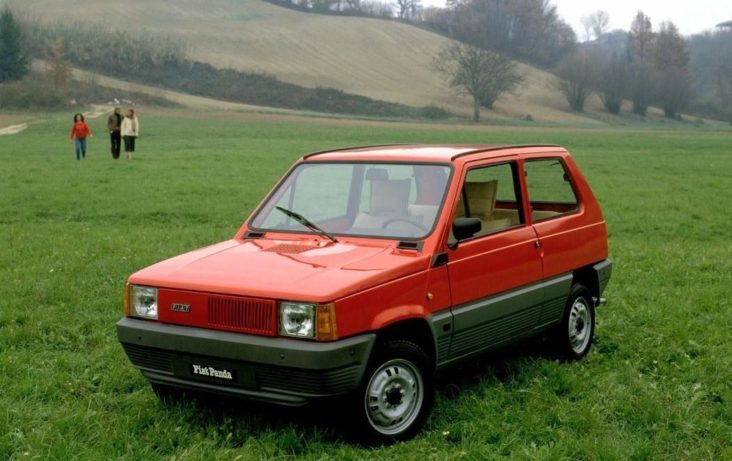 In 1980 the Fiat Panda saw the light of day. The small angular Italian was marketed to provide cheap and practical transportation. The Panda also fulfilled its maker's wish to introduce the successful front-wheel drive concept from, for example, the 127 and the Autobianchi A112 in the smallest class. Designer Giorgetto Giugiaro managed to design a striking and extremely successful car. It remained in production for 23 years.

The Fiat Panda was initially produced in three engine variants. The two-cylinder 650 cc engine from predecessor Fiat 126 found its place in the cheapest version. Also the well-known 847 cc (in the Panda 34) and the 903 cc engine (in the Panda 45). The bikes found their way into a stunningly simple, yet oh-so-thought-out concept. Giugiaro kept his job very well by putting a lot of effort into the design, but keeping costs as low as possible. The ingenuity was visible in the design of the thin, but surprisingly comfortable seats. The cover was also removable and washable. Furthermore, the interior offered numerous options for variation. The dashboard was simple in design, but very recognizable. On the outside, the large plastic parts on the underside of the body stood out in particular.

In 1984 the Fiat Panda underwent a first facelift. The tin grille made room for a plastic one, including the five-stripe logo. The Panda also received other type designations. The 1986 changes were more drastic. The body was reinforced and galvanized. The plastic panels around were reduced in size. The front doors now had one large glass surface. And the Panda now got coil springs at the rear. He took on a more mature look in every way. The new FIRE engines (all four-cylinder with 769cc, 999cc and 1108 cc) with overhead camshaft and a five-way bearing crankshaft also contributed to this. From 1987, the carburettors of these engines made way for an injection system, also prompted by the arrival and application of the catalytic converter.

Panda with a Dutch touch

In 1991 the first generation of the Fiat Panda greeted its last facelift. The grille was again slightly modified. And one model was given a Dutch touch: the Selecta was fitted with Van Doorne's continuously variable transmission, linked to the 1.108 cc engine. Furthermore, the CLX was a striking version. He got a five-speed gearbox. From 1991 the Panda was in any case offered in various trim levels and special versions.

Speaking of special versions: the 4×4 became the first small car with a transverse engine to have four-wheel drive. It debuted in 1983 and – always keeping pace with modifications and bigger engines – kept up with the model changes. The car was developed by Steyr Puch in Austria. The final assembly also took place in the Alpine country. Furthermore, the Panda was still built as diesel (1.3) and 'elettra'.

"My most successful design"

Finally, the first Fiat Panda was replaced by generation two in 2003. The little Fiat was built about four and a half million times. Simple in design, but oh so functional and sympathetic, the Panda turned out to be able to withstand many fads. It is one of the reasons that Giugiaro called this Panda his most successful design. He once unfolded why. “It was a timeless and functional car at its best that appealed to millions of people and gave new impetus to the basics of transport needs.” Today, Pandas from the last years of construction are for sale at reasonable prices and easily available. The Pandas from the first years of construction are now rare and are rising in prestige in the classic world. Either way, the Panda was a stunningly simple concept, shaping a new foundation of motoring for nearly a quarter of a century.

- Request a free trial number
- This is in the current issue
- Register your classic
- Our options for companies
- inform about a change of address
- Are you organizing an event?
- Interesting events
- Vintage cars for sale 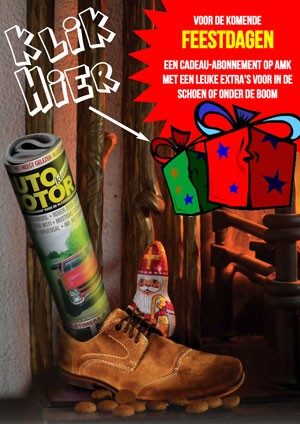 Auto Motor Klassiek is a monthly issue about classic cars and motorbikes. With the most comprehensive section every month vintage cars for sale, all the news you can imagine and interesting articles about classic cars and motorcycles, practice and technology. Single issues cost € 4.99. A subscription costs only € 44.95 per year. Subscribers are almost €15 cheaper per year. In addition, as a subscriber you can advertise for free (see conditions) and you have Auto Motor Klassiek almost a week earlier in the house.