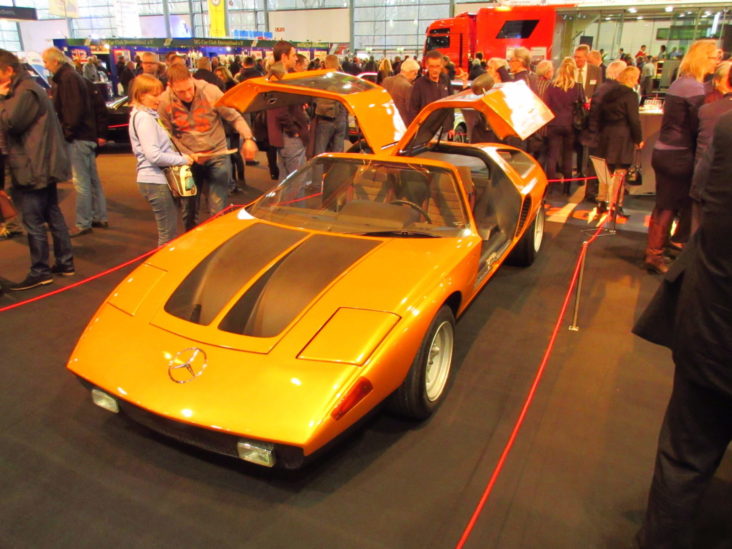 Organizers, visitors and participants can once again look back on a particularly successful 2016 edition of the Classic Motor Show in Bremen. In Northern Germany, those involved organized a literally and figuratively large exhibition. 44.612 visitors from various European countries were attracted by the speed of fame. As a reward for their arrival, they were treated to high-profile themes, diverse commercial offerings and a rich palette of beautiful classic cars and motorcycles, brought together by more than 600 participants.

The main theme of the Classic Motor Show was unmistakably the Keilforme theme, which was graced by a number of particularly exclusive prototypes and rare production models from the seventies. The Mercedes Benz C111, the BMW Turbo and the Lamborghini Countach cast their beautiful shadow ahead in the run-up to the show. But "Years 70, Einfach Keil" also produced other surprises. A study model of the Iso Rivolta and the particularly rare Karmann Cheetah were gems. As part of the Keilthema, Autostadt Wolfsburg had set up a complete stand with first-generation Scirocco's.

Various exhibition offerings
But there was much more to see. The Junge Klassiker Trade Forum offered space to classics from different countries in top condition. BMW livened up Bremen with a number of exotics from the 100 anniversary. The home country was well represented anyway. Porsche, Mercedes Benz and to a lesser extent Auto Union and Opel were visible in the exhibition halls of Bremen. In Hall 3 - the epicenter of many smaller brand clubs - we came face to face with a formidable silver-gray Glas 1700 sedan, a model of 1960s technology from Germany and flair from Italy. De Laars was in any case nicely represented in Bremen, where, as usual, the necessary Fiats, Lancias, Ferraris and Alfa Romeos always managed to find their graceful spot in the German shadow. Motorbike and scooter enthusiasts were also in their element. The theme "historic engines from Japan" appealed to various candidates. Engines such as the Yamaha YL 1 and the Yamaha YDS FZ 750 R caught the eye. The lover of old scooters also came to his or her interest, as did the adepts of automobilia and parts.

ADAC stand with rally legend Walter Röhrl
As usual there were also several stands where rally sport was central. A special feature this time was the section where ADAC Team Hansa had stored the camp, including Walter Röhrl as a special guest. We had the special honor of speaking with him. The legend from the seventies and eighties is often associated with historic Opels. In Bremen, he put a spotlight on a Ford Capri 2600 RS that he also “protected”. That was not for nothing, because with this icon from the early 1970s, Röhrl gave his impressive career a real boost by making a definitive name at the Olympia 72 rally in Munich. Soon you will read more about Röhrl and the conversation we were allowed to have with him.

Dutch professionals
Within the enormous range of themes, parts, books, club exhibitions and automobilia, a few Dutch professionals in the classic field had also found their way into Bremen. Kieft and Klok specialist in beautiful air-cooled VW buses and Hofman from Leek were present. At the end of the day, Eelco Hofman and salesman Broer Knol confirmed the charms of the Bremer fair. “It requires an investment, but Bremen attracts numerous visitors because of its diversity. Among them are several prospective buyers, who are very focused and well prepared looking for a classic. We notice that too, because on the first day we already managed to sell a number of cars. In addition, the atmosphere and overall range here in Bremen are excellent. That is also an advantage to participate in this event. "

"Challenge key to success"
We could fully agree with it. Because once again the Classic Motor Show was a model of perfect organization and diversity. Or as Christine Glander-press chief in Bremen- said: “We don't want to leave anything to chance. And we like to experience that the visitors, participants and journalists feel the same way. Because you can count on it that we will put the finishing touches right up to the very last moment before opening. We are always challenged and perhaps that is the key to our success. "

Impressions on Facebook
On our Facebook page you will find a photo impression in two companies. You will find the first part here . For the second part, click . 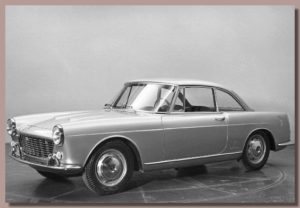 - Request a free trial number
- This is in the current issue
- Register your classic
- Our options for companies
- inform about a change of address
- Are you organizing an event?
- Interesting events
- Vintage cars for sale
Auto Motor Klassiek is a monthly issue about classic cars and motorbikes. With the most comprehensive section every month vintage cars for sale, all the news you can imagine and interesting articles about classic cars and motorcycles, practice and technology. Single issues cost € 5.99. A subscription costs only € 44.95 per year. Subscribers are almost €27 cheaper per year. In addition, as a subscriber you can advertise for free (see conditions) and you have Auto Motor Klassiek almost a week earlier in the house.